That was a long time ago.  I got my first advertising job in 1986 in Knightsbridge as a junior art director.  I moved into London from Northampton.  Most of the peripheral stuff was all done in Soho.  So around that time I got to know it well. 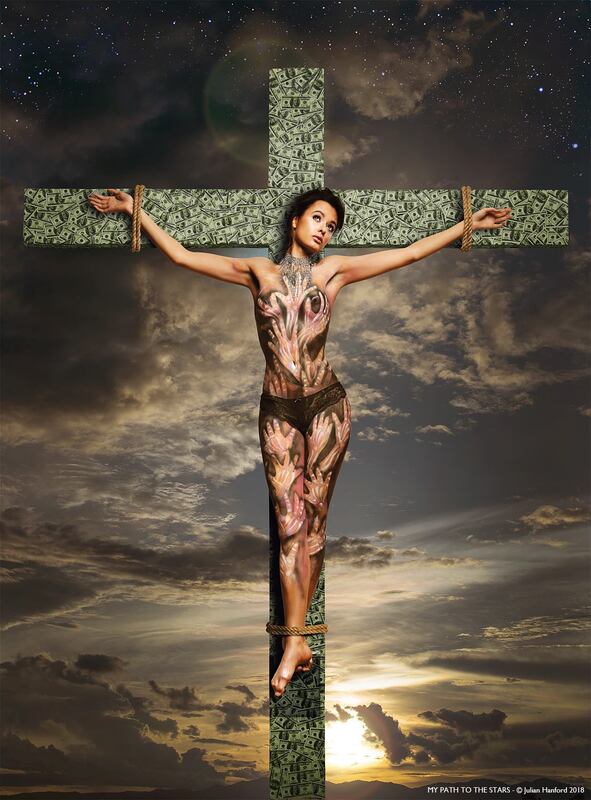 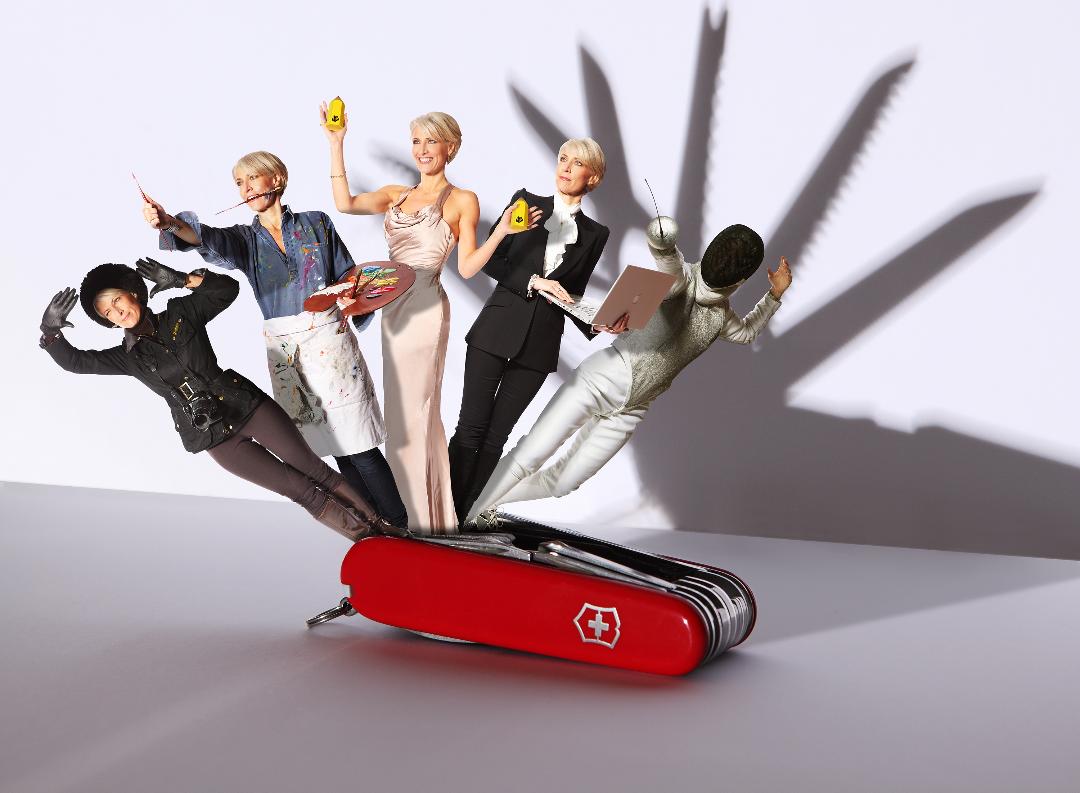 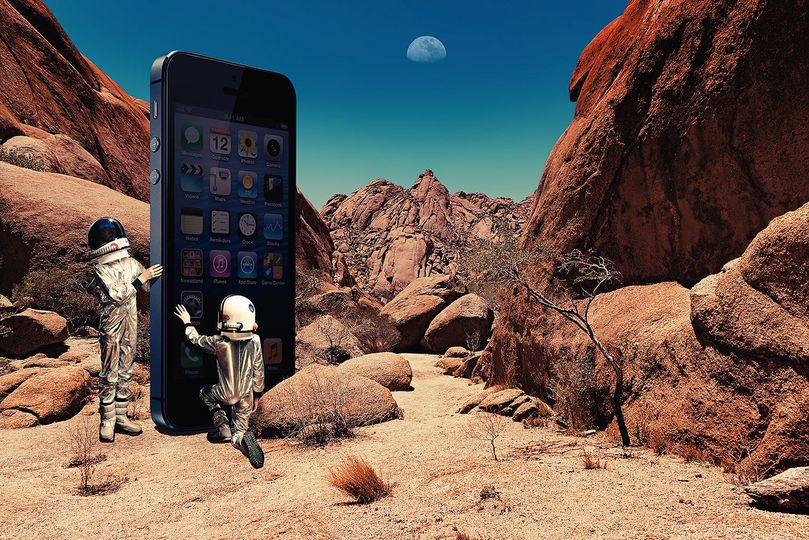 'Monolith', inspired on 2001 A Space Odyssey.
"Advertising is having an existential crisis."
Julian Hanford 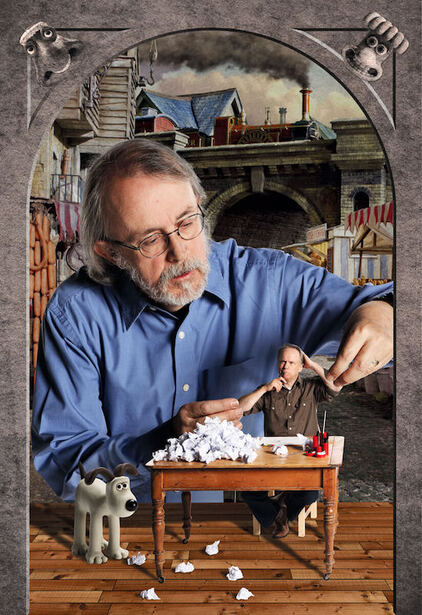 Portfolio: Aardman's Peter Lord.
You left London in 2019. Do you come back to Soho?

​I come into London regularly every week. I still do meeting here or wherever the client is, sometimes in Soho. 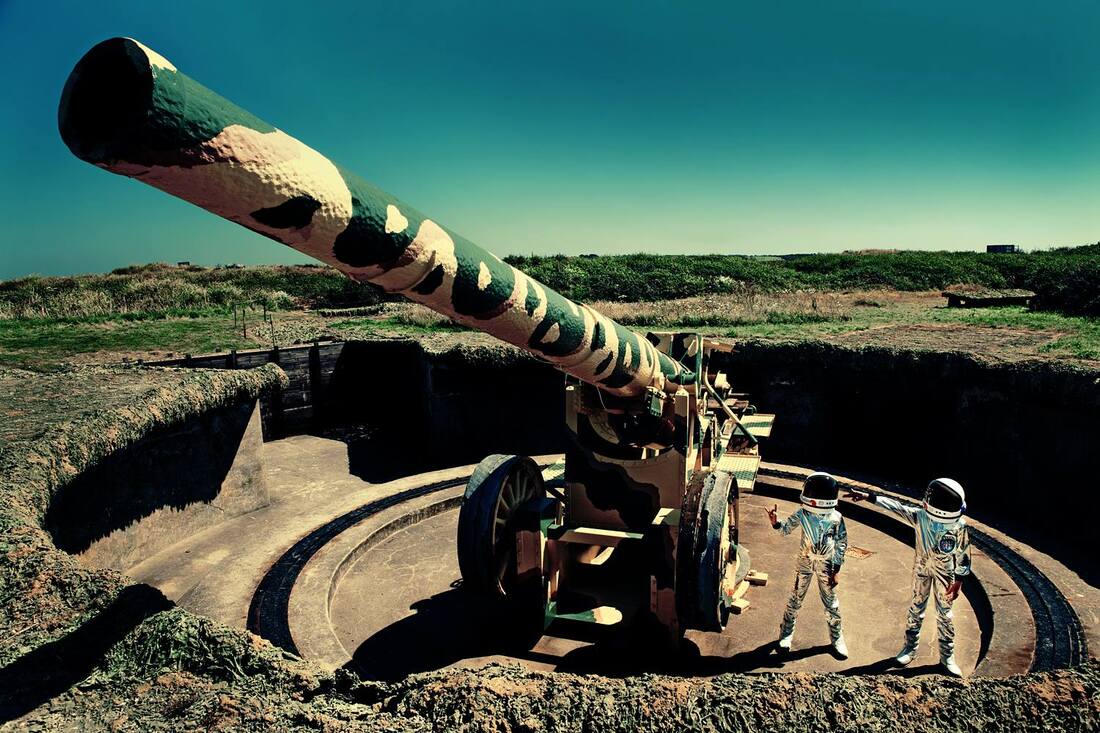 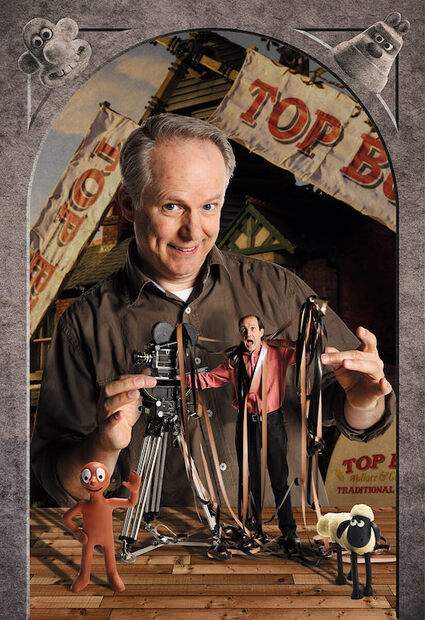 Portfolio: Aardman's Nick Park
"Life takes you in different directions, shall we say"
Julian Hanford
What kind of work are you looking to do at the moment?

I like to get involved with things that have a thought-provoking angle.  That's how I got involved in  my first documentary 'Plastic Song'. 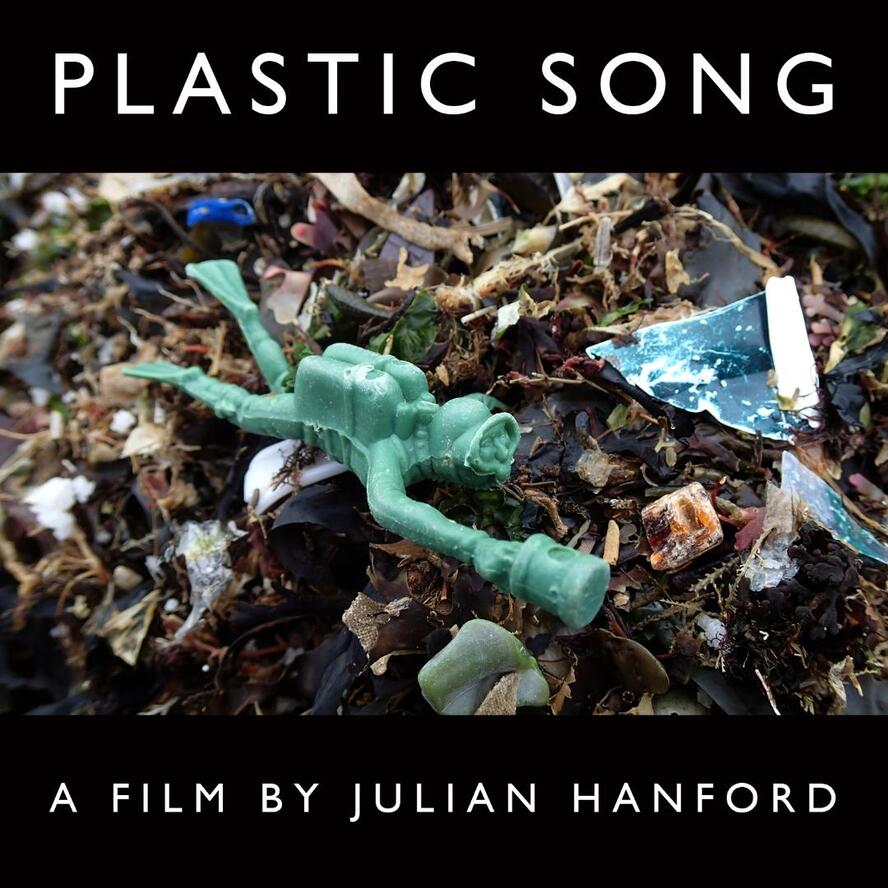 Recent documentary
What's the genesis story of you getting involved with photography full time?

After working as a creative in London for a few years, I left London in 1993 to work full time for Specsavers.  I spend 6 years building their advertising branch.  I was living in the Channel Islands.  Ended up directing the commercials too.  But in the late 90s I got fed up with that, I wanted to return to London.  So it took up directing full time with a company called The Business, just off Carnaby Street.

Directing was not quite what you were expecting?

Life takes you in different directions, shall we say.   After the The Business I got together with my producer at the time to work on a DVD project that would deliver factual documentaries and visual material straight to the consumer.  That was before YouTube and before digital took over.   We wanted to work direct to the consumer.  I spent three years on that.  It all went horribly wrong. 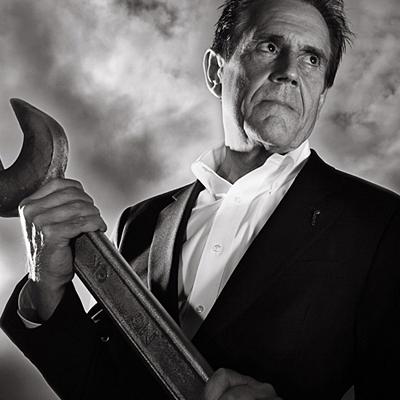 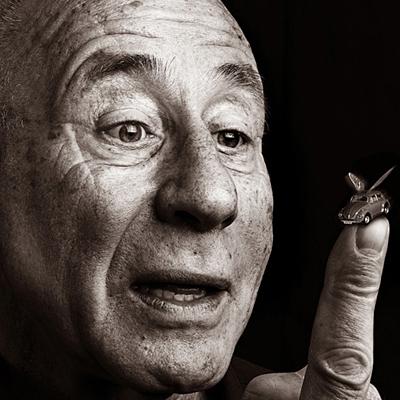 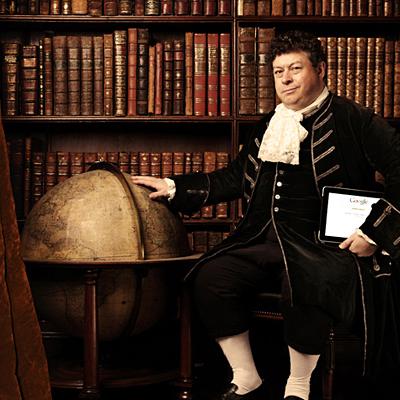 Advertising Executive Rory Sutherland.
"The idea is what matters most.
It's even more important now."
Julian Hanford
This is getting riveting. What happened next?

I realised I was not doing what I wanted to do which was to be creative. So I took up photography, which I knew about from my advertising years.  I moved back to London in 2008.    I did not have a career as a photographer but I knew a lot of people in advertising. So I started with them.  What I wanted was to shoot photos in an ideas way.  The first one I approached was Dave Trott.  I proposed an ideas-based photograph and he said yes.

That's the great thing about advertising. People are not afraid of new ideas.

We had a great meeting and ended up talking for hours. Dave Trott wanted to use a spanner in the photo but was thinking of a small spanner.  I wanted to be more dramatic and found the biggest spanner I could get.  That was the picture (see above).  I styled the photo in the way of a Soviet propaganda campaign. The photo still works very well.  The advertising executive is a problem solver.

The bigger the problem the bigger the spanner. Is advertising going to change with everything that is going on?

Oh God. It's changed already. Advertising is having an existential crisis. It has been like this for the last few years.  The agency model has changed. It's about ideas and not about the media platform.  That's more important now than every before because the platforms are so fragmented that the idea is what matters most.  It's even more important to have ideas now.

What about online advertising? Seems to be the panacea.

Online advertising is an absolute waste of money and people are finding this out.  Videos are not seen by everybody anymore. It's very fragmented.  Microtargeting is the word.

Where are you going from there?

I don't think the advertising industry is going to survive the way it's going right now. 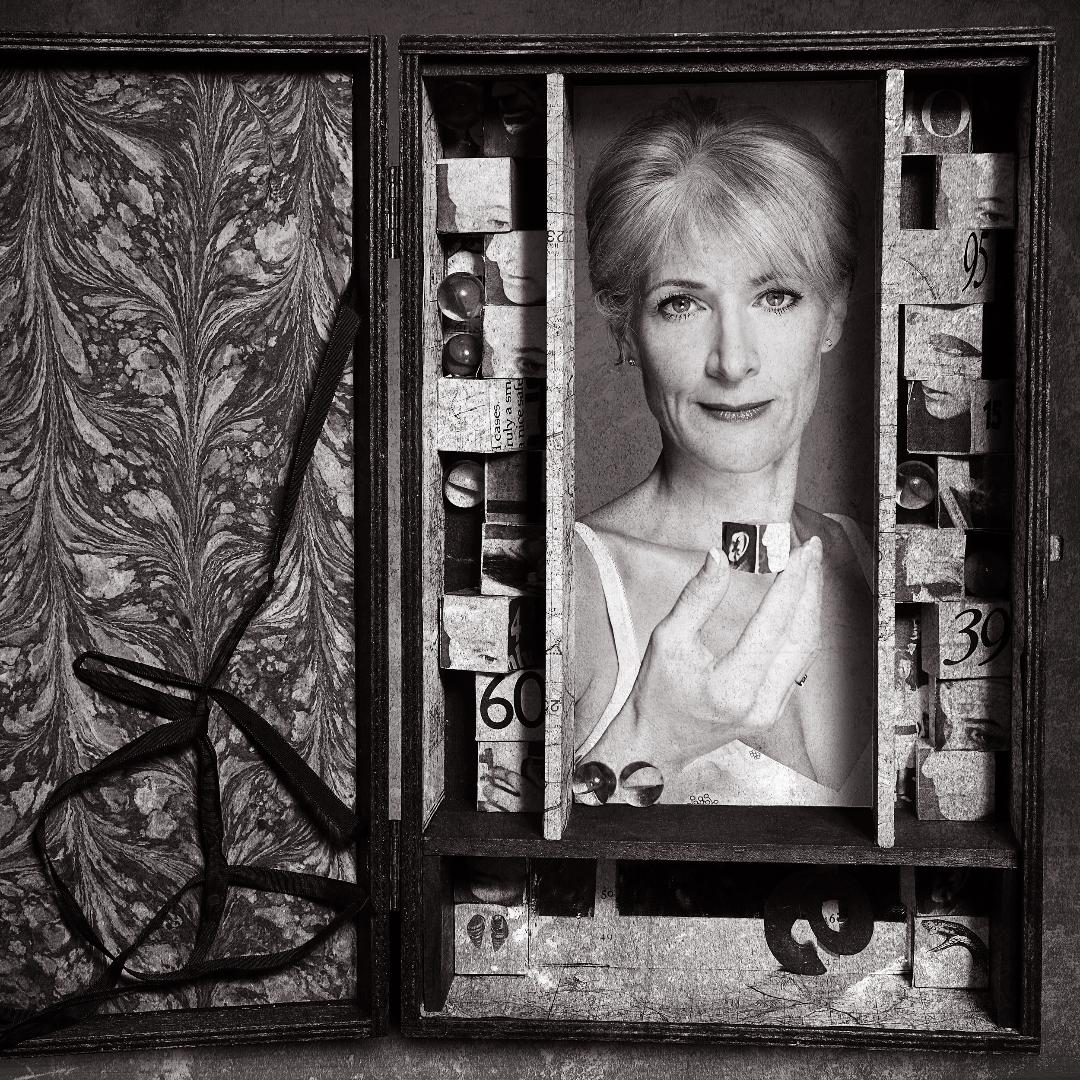 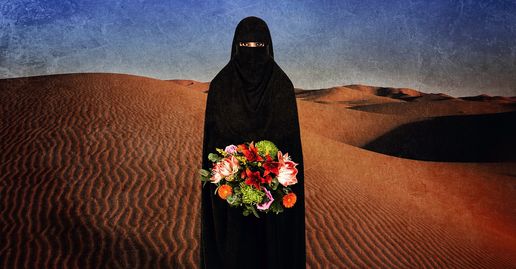 Passion for freedom and human rights 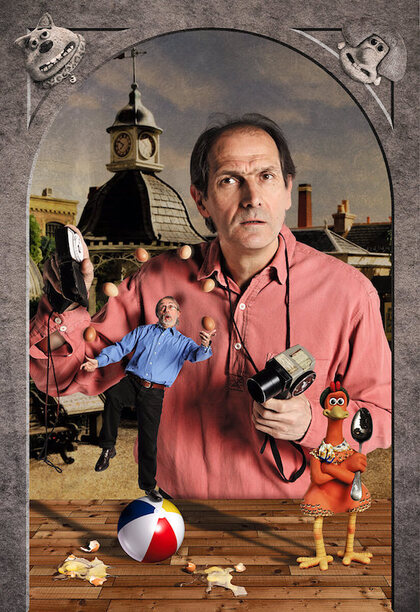 Portfolio: Aardman's David Sproxt
​Do you think that ad agencies will be replaced by the Internet companies, Google, Facebook, Twitter, Amazon?

It's already happening.  Traditional agencies are disappearing of just catching up.   Companies are struggling with their existing models.

What are you doing at the moment?

I do marketing consultancy work based on my experience.   I am also planning to move into documentaries.  Got a project based around the life story of Be Bob Delux and a guy called Bill Nelson.

Do yo still do photography?

Photography is always there.

What photo equipment are you using these days?

How do you see the post pandemic period evolving?

Nothing is going to go back like it was before.  Things are changing.  People's lives were based around commuting and they have finally realised that they don't need it.  People are suddenly saving a lot of money by not going into London.  Less coffees, sandwiches, cost of rail travel. People will decide what's life going to be like.  London has become a multi-tower block area which most people cannot afford. 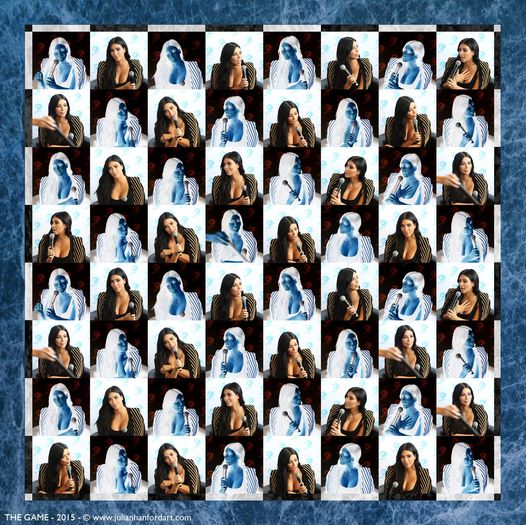 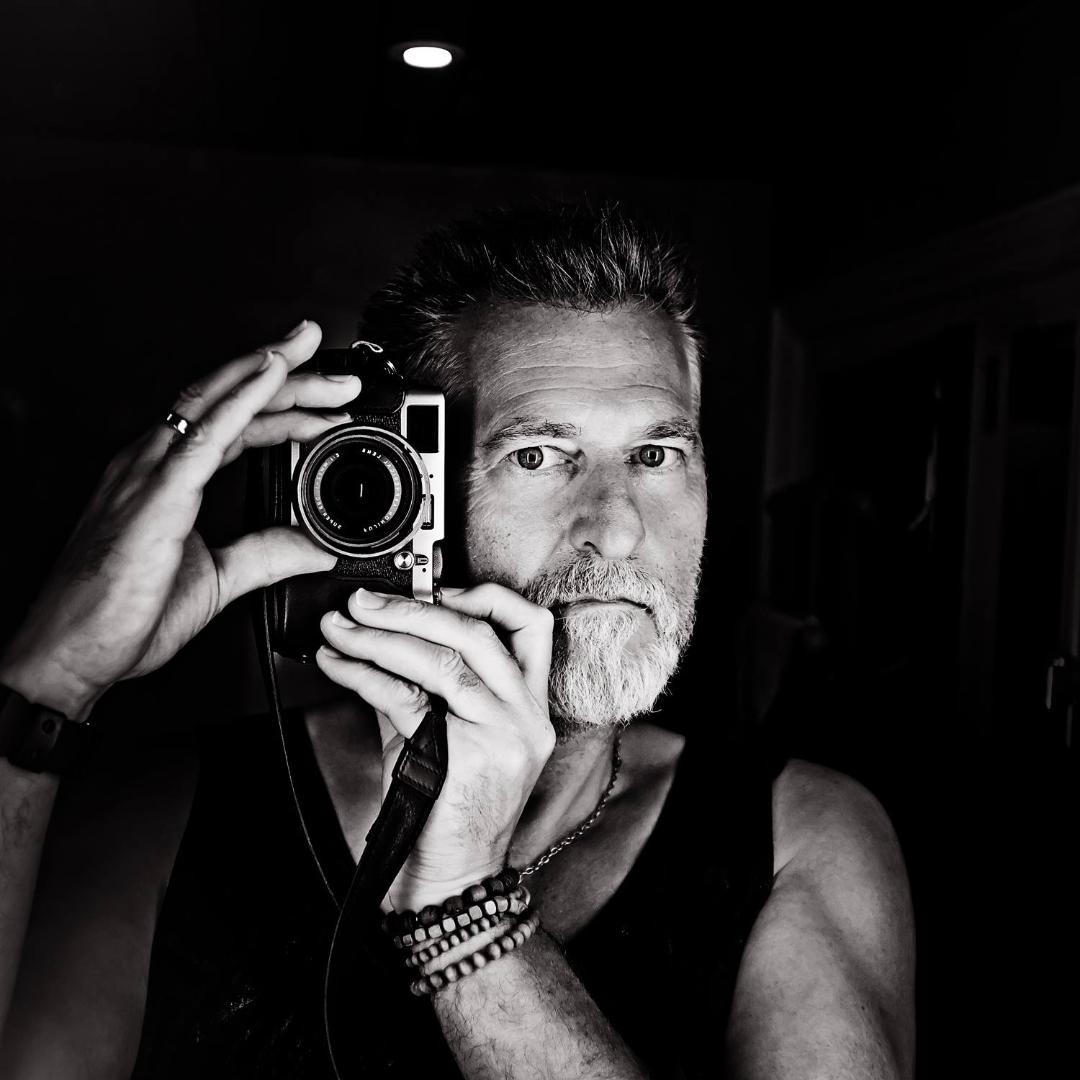 Photographer and Ideas Man Julian Hanford.
Back to LATEST