The Ghost of Ironfoot Jack
by Pablo Behrens 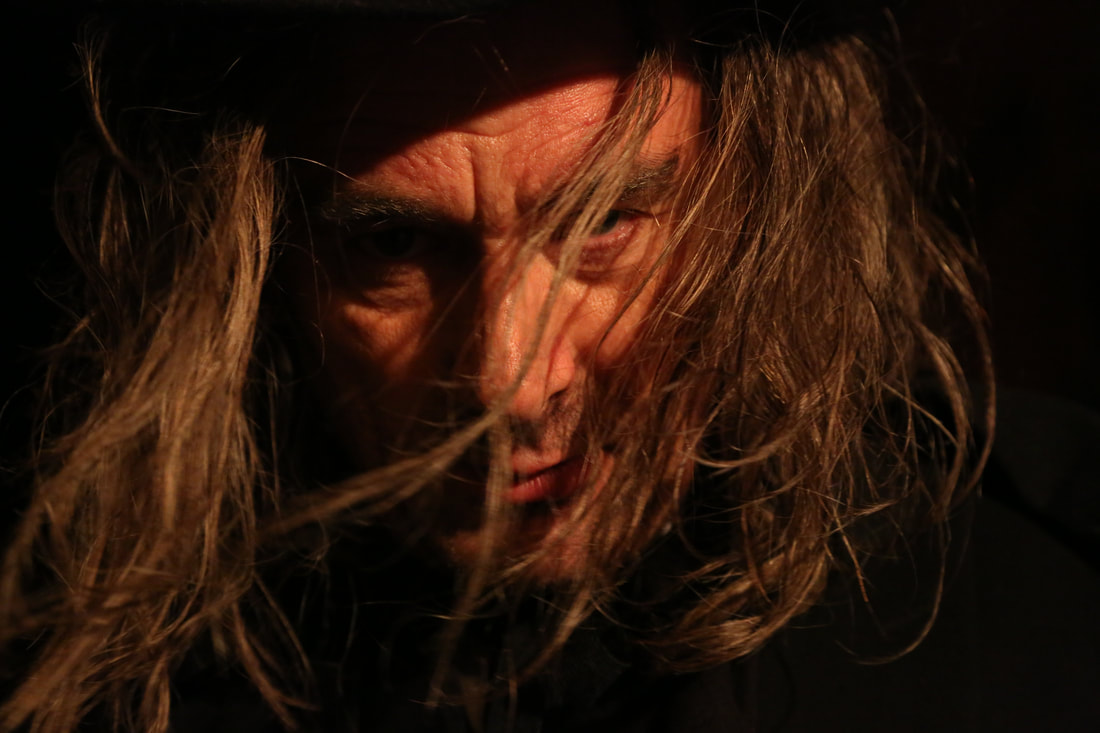 Ironfoot Jack is played by Martin Calcroft in ADRIFT IN SOHO
Of all the Soho characters, great and small, immensely talented or just immensely dubious, the king of them all is Ironfoot Jack.

But he is still king not for who he was but for what he represents.  He represents the surreal Soho.

Ironfoot Jack is a Soho enigma.

The guy with the iron foot instead of a shoe. You couldn't make that one up. 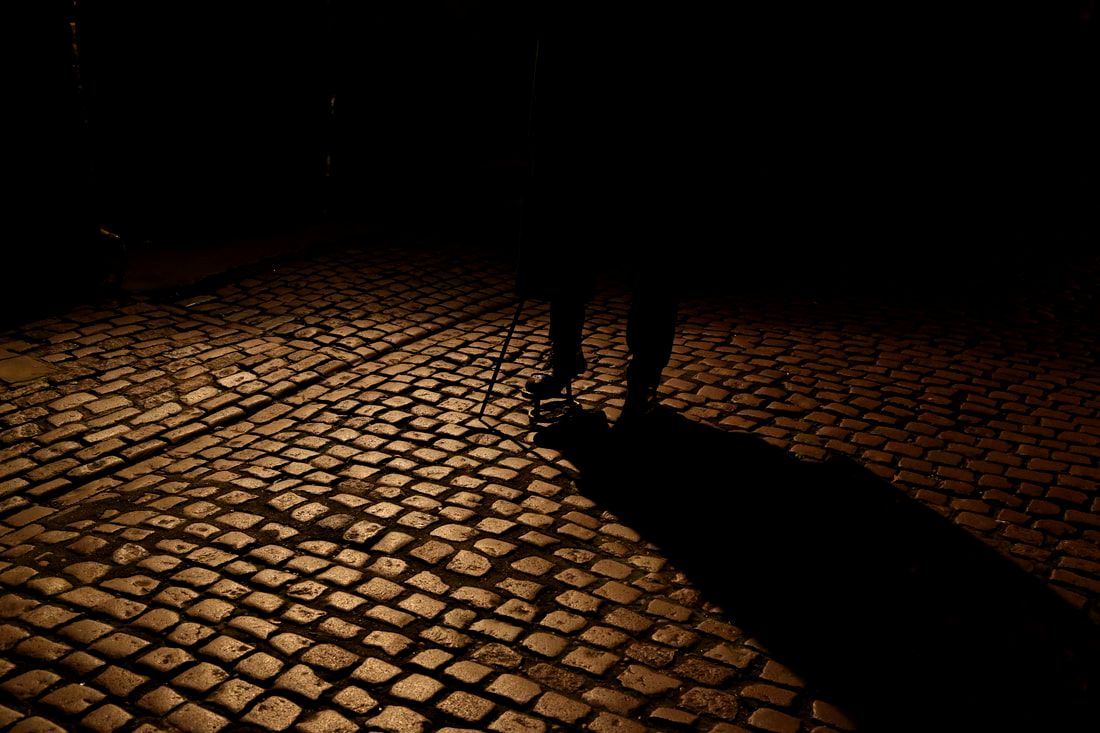 The guy that appears and disappears with the fog, clanging his iron foot down the Soho streets and alleyways as the fog opens up and closes in this wake.

You don't need to know anything else about him.  He is just a ghost.

The ghost is the Ironfoot Jack that you will see in my film 'Adrift in Soho'.

At the end of the film a title reads under the character of Ironfoot: 'disappeared without a trace'.  That suited the character very well. 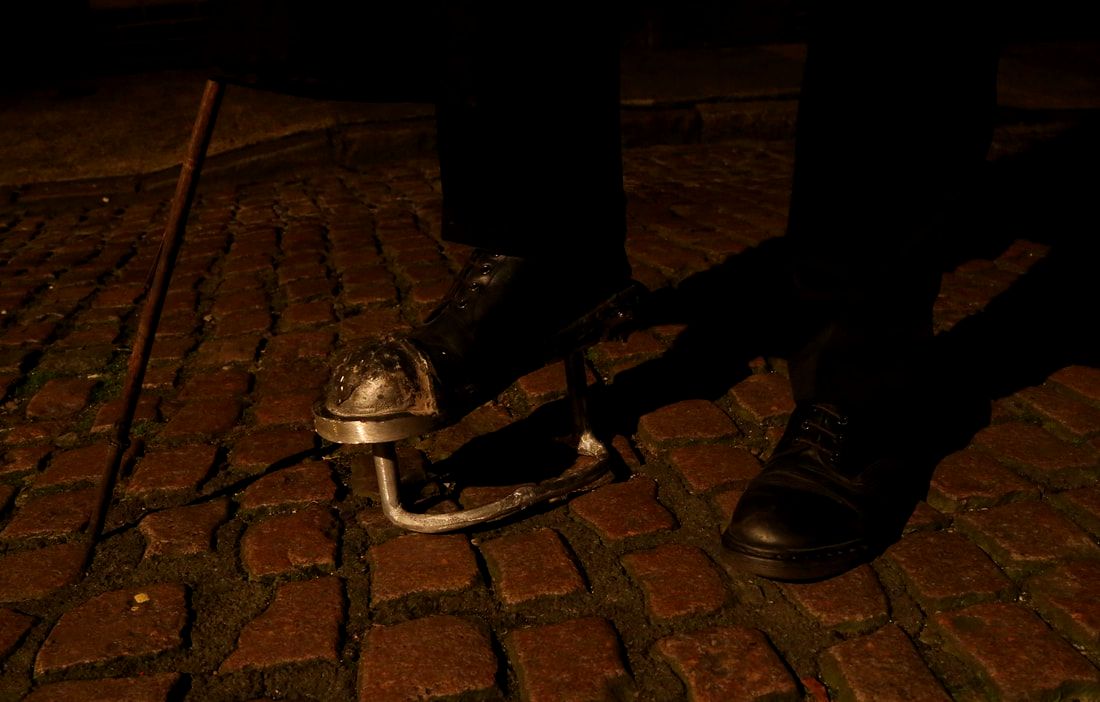 The iron foot. Designed for the film by Luke Hicks.
Fast forward several decades later and author and researcher Colin Stanley finds the manuscript of Ironfoot Jack memoires entitled 'The Surrender of Silence' among the personal papers of the author of the original novel of ADRIFT IN SOHO, Colin Wilson.

If you want to know who the ghost is, you can see it in my film. 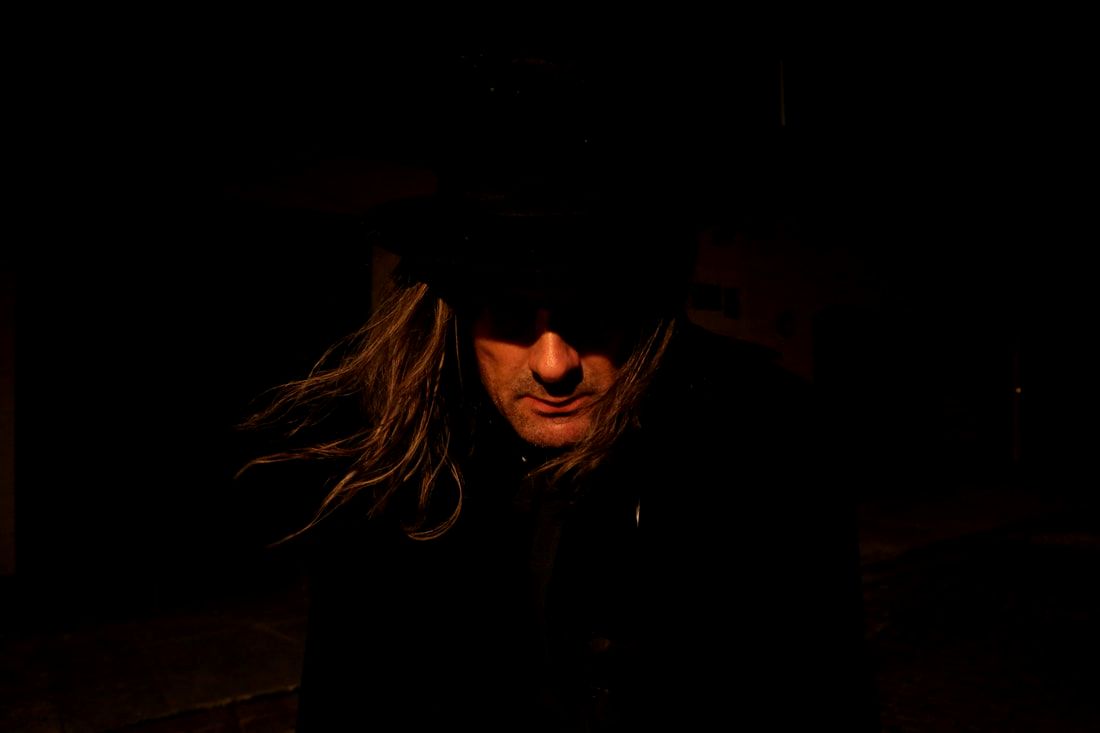 The film ADRIFT IN SOHO is available on Amazon Prime Video, iTunes, Google Plus, Microsoft Movies and on DVD.
Adrift in Soho
Back to LATEST